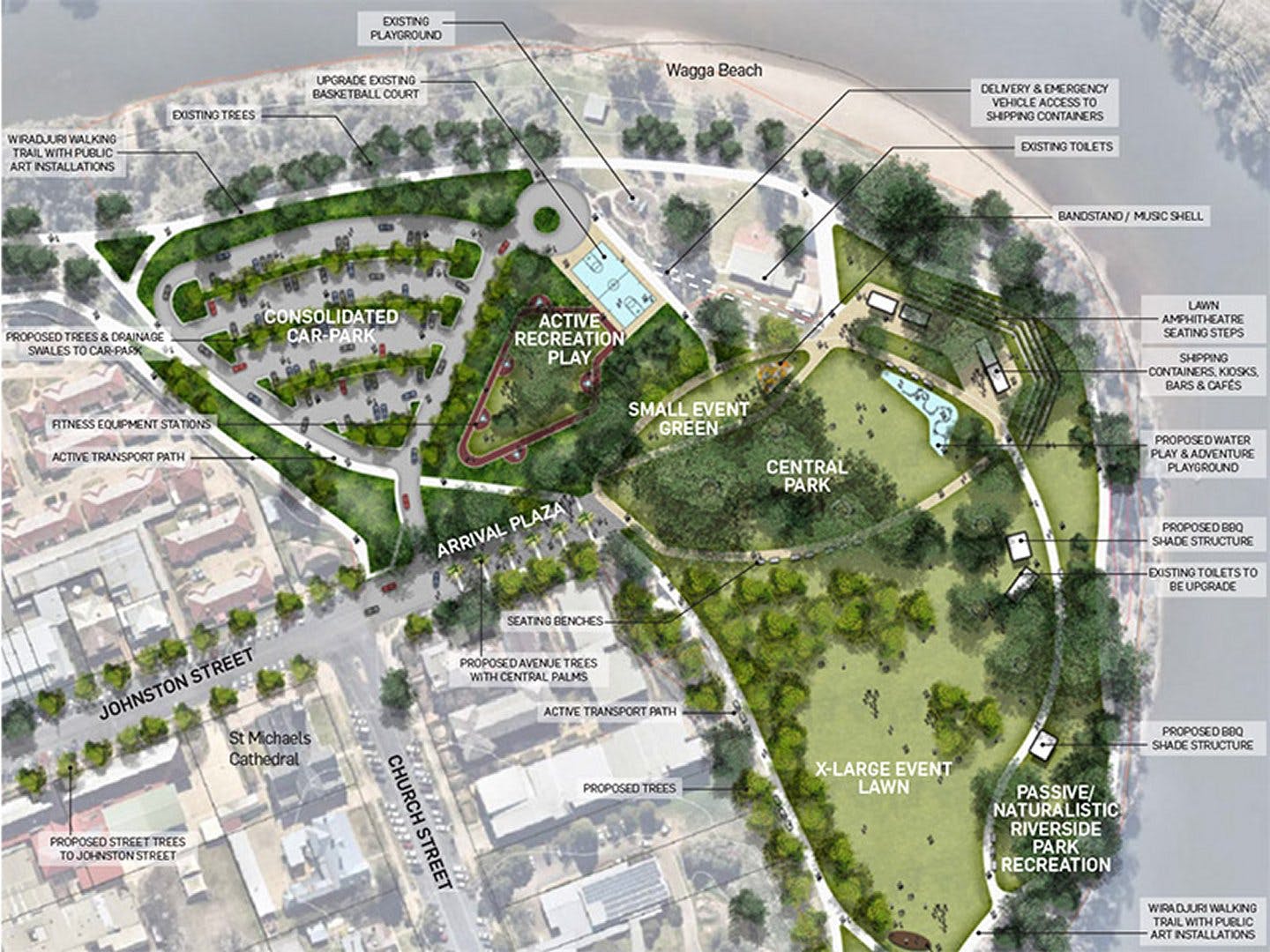 You may have noticed Wagga Beach Caravan Park (NSW site 555 in Caravan Parks 5) is no longer open. Here’s why!

Riverside – Stage 2 will rejuvenate the entire precinct – from the beach carpark through to the former St Michael’s Oval – in line with the principles of the original Riverside Strategic Master Plan developed in 2009.

The redevelopment will include food and beverage outlets, event spaces, and a water and adventure playground, and follows an extensive community consultation process, which included public exhibition of the concept design.

“The community has been excited to see Stage 2 come to fruition, coming off the back of the completion of Stage 1, which has been enormously successful and has seen great utilisation of the Wagga beach area,” said Mr Creighton.

“Our river is very important to many members of our community and the success of Stage 1 has shown that it is one of Wagga’s unique assets. It’s also a unique selling point which we can use from both a recreational and tourism point of view.”

With event spaces capable of catering for large to small events, Mr Creighton was confident about the possibilities the rejuvenated precinct would offer the city.

“It’s a space that will be incredibly flexible in terms of being able to deliver a wide variety of events. As we’ve seen with earlier events in Wagga, like the NRL and AFL matches, events can be great economic drivers for the city. We expect we’ll be able to leverage off this space and drive economic growth.”

With the growing popularity of the beach area, the inclusion of food and beverage kiosks in the Stage 2 concept was extremely popular, as was the water playground.

“Traditionally a lot of people have picnics at the river, so the options for food and beverage outlets was something the community highlighted as a priority,” said Mr Creighton.

“The water playground is also a unique element of the design, there to give young families a safe alternative to swimming in the river. We also developed the playground in consultation with local youth and schoolkids – it’s something they’re really excited about. There’s something there for everyone.”

Project Manager Srivalli Miah is responsible for bringing the Riverside – Stage 2 plans to life, and said while designing infrastructure on a flood plain came with challenges, the redevelopment was carefully designed to minimise the impact of flooding.

“Significant infrastructure, for example the food and beverage kiosks, will be in shipping containers which can be removed and stored offsite if we have a flood warning.”

Wagga’s use of the riverside has a long history. Once the site of a quarry, it has been used as a trampoline park and more recently a caravan park. Ms Miah said the Riverside – Stage 2 design was geared towards a more natural appreciation of the area.

“We’re currently removing a number of trees that are introduced species, and a few river red gums that are rotted and pose a safety issue. Once those trees are removed, and the large-scale earthworks completed, we’ll be planting about 300 medium to mature native trees – all endemic to the region, as well as many native bushes and smaller plants as well.”

“I’m also really excited about incorporating key Wiradjuri community elements into the riverside – I think it blends into the story and adds to the character of the area,” said Ms Miah.

“This will be a safe place for families to use the riverside, and for the Wiradjuri community to see their history and culture celebrated.”

With a project budget of $6.7M, Riverside – Stage 2 construction works are scheduled to begin later in 2020.

Find out more at connect.wagga.nsw.gov.au/riverside-stage-2

Where to camp in Wagga Wagga

Although Wagga Beach Caravan Park is no more, there are other caravan parks in town (NSW site 552-554 in Caravan Parks 5), the Showgrounds and a freedom camp called Wilks Park (NSW sites 808-809 in Camps 10). You’ll find all of these sites on the Camps Australia Wide App. Put Wagga on your list for when we are travelling again. 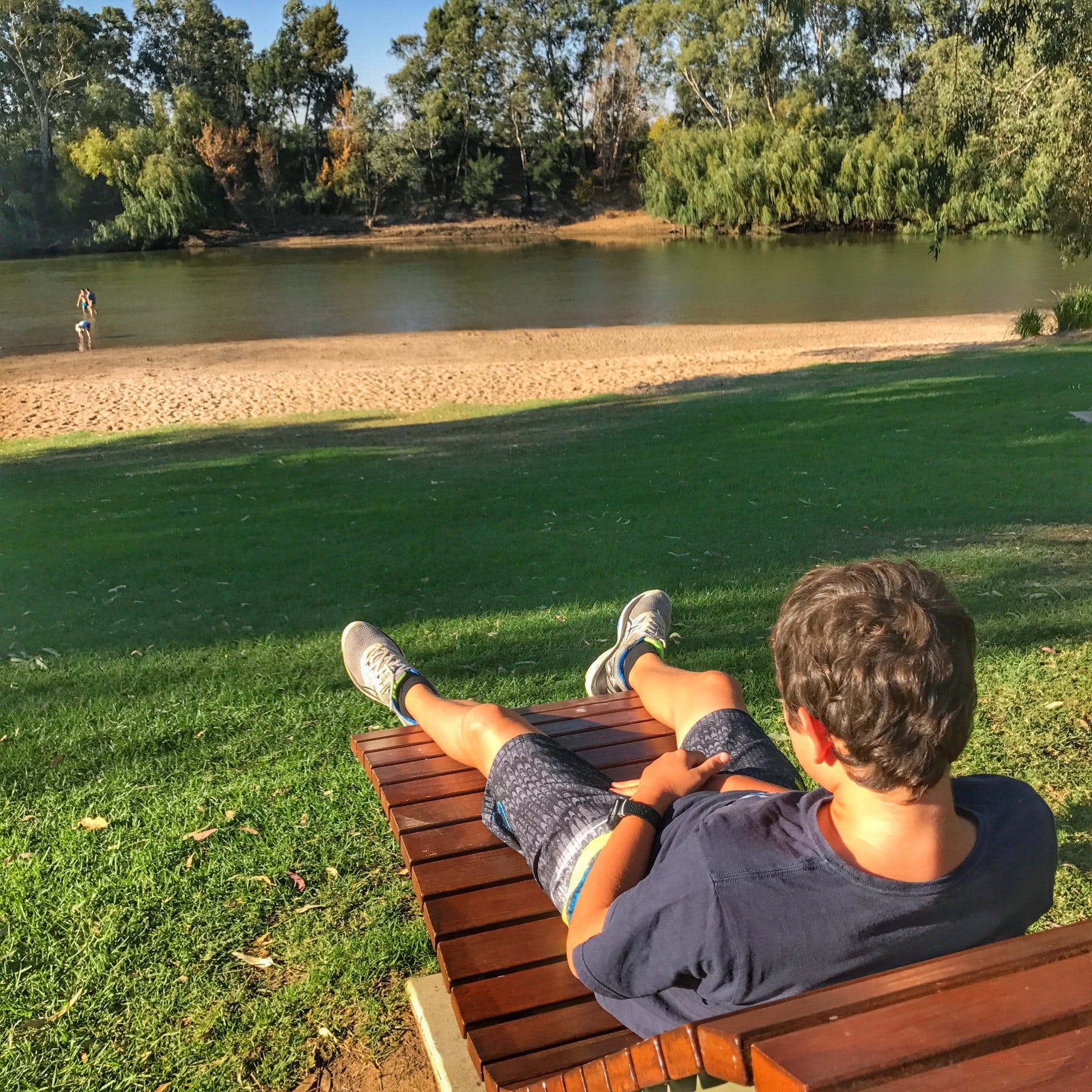 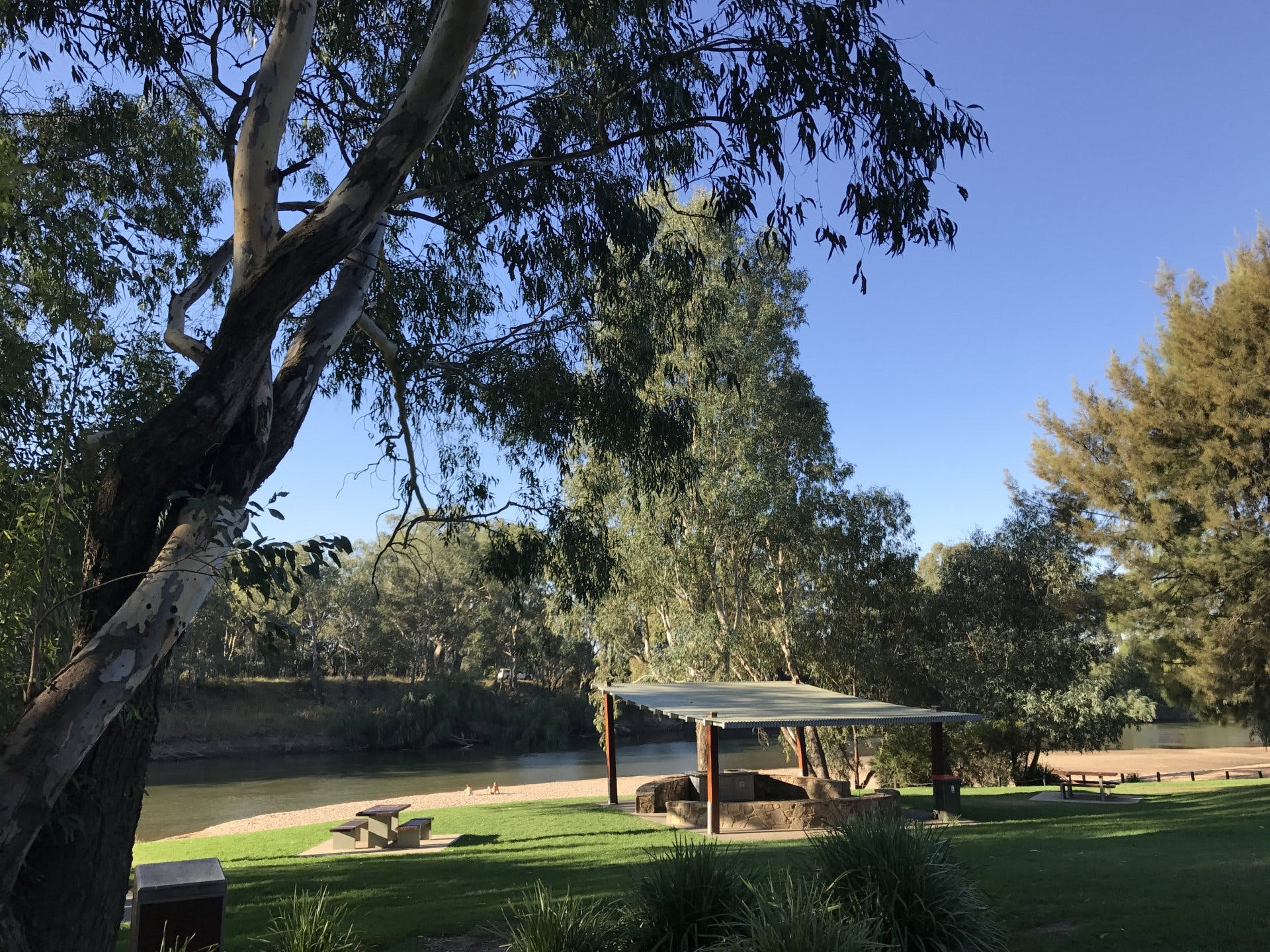 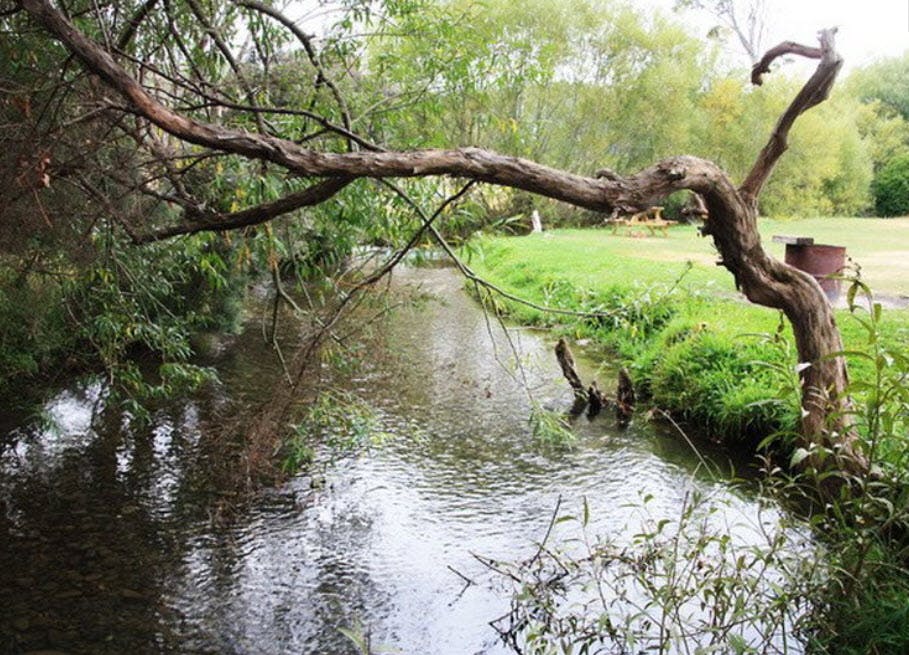 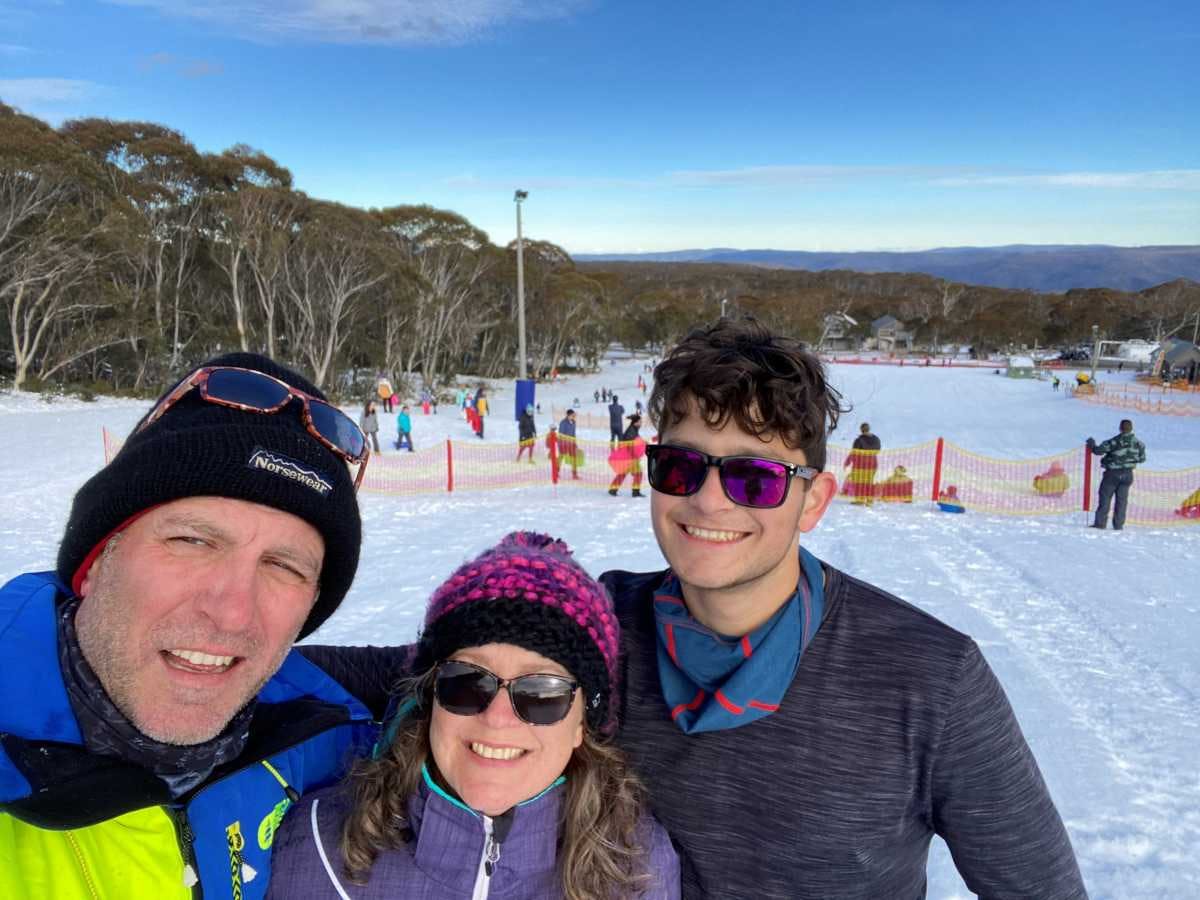 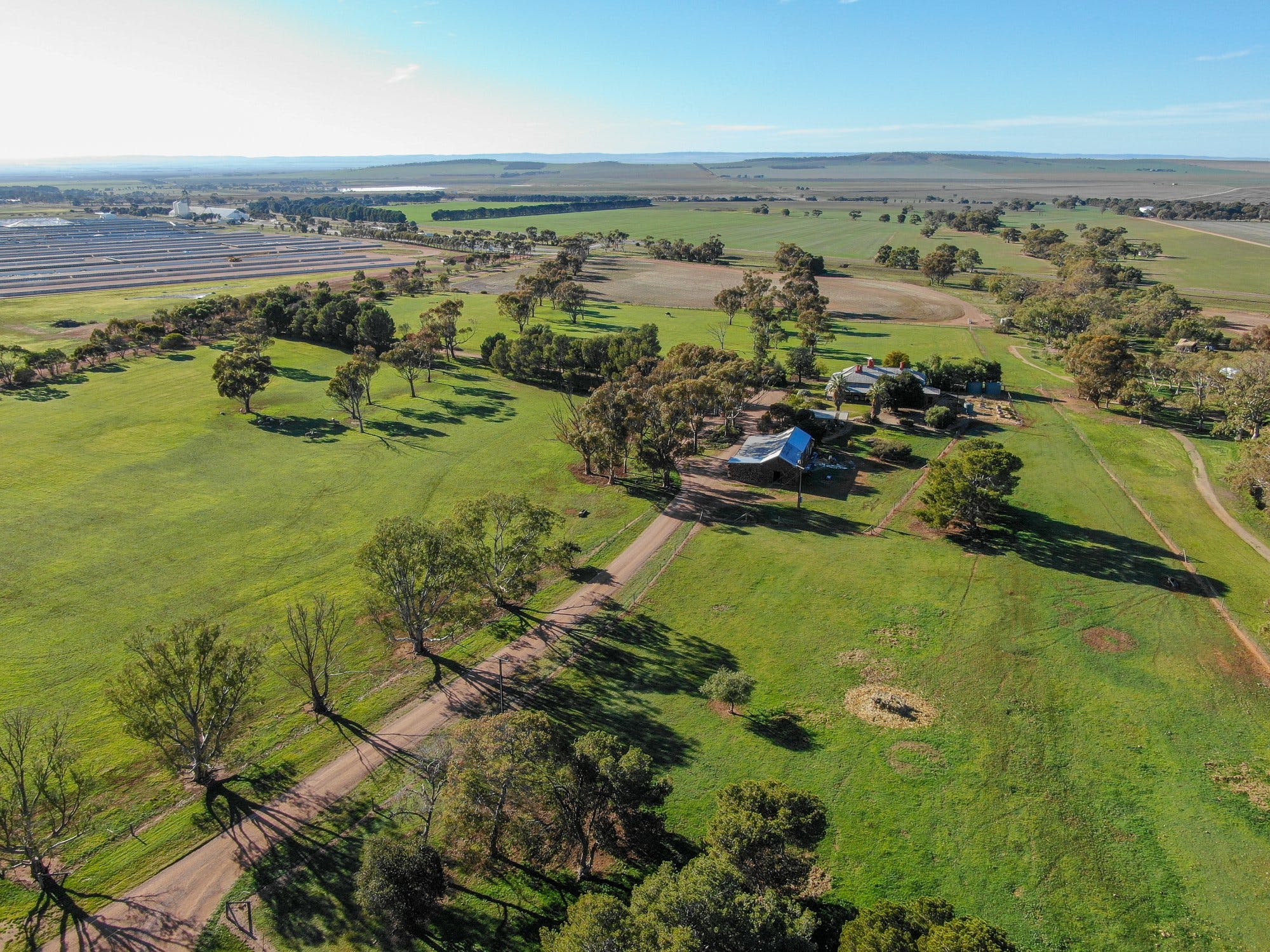 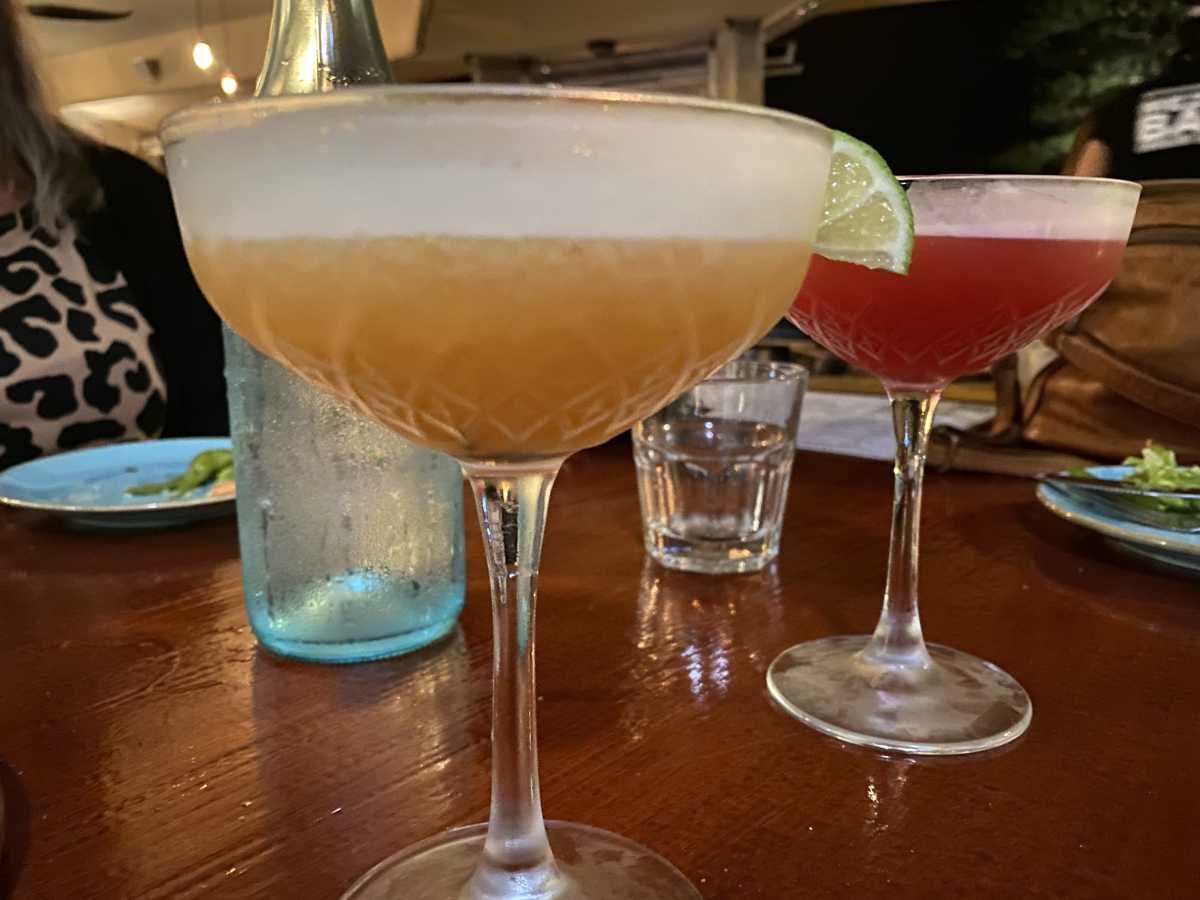 Coolum Love and Where to Eat in Coolum Beach, Queensland