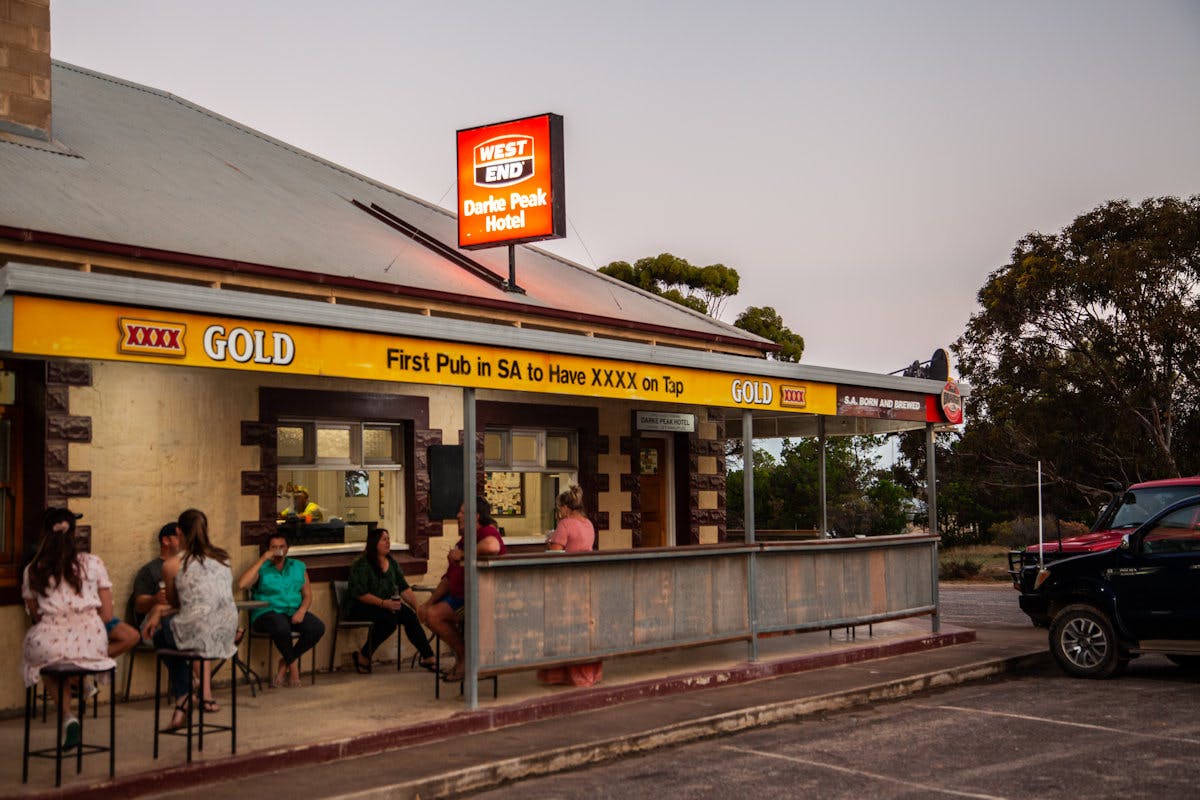 Darke Peak Hotel – Georgie Nagel Photography Congratulations to Elli and Jake, new owners of Darke Peak Hotel on the Eyre Peninsula, South Australia.  New publican, Jake worked previously as a refrigeration mechanic Image Georgie Nagel Photography Although the couple have spent the last seven years in Melbourne, Elli grew up in the town and has a lovely connection to the pub. “There are no shops in town, so I spent a lot of time at the pub. My first job was washing dishes and babysitting the kids here, it was like a home to me.” The historic pub was built in 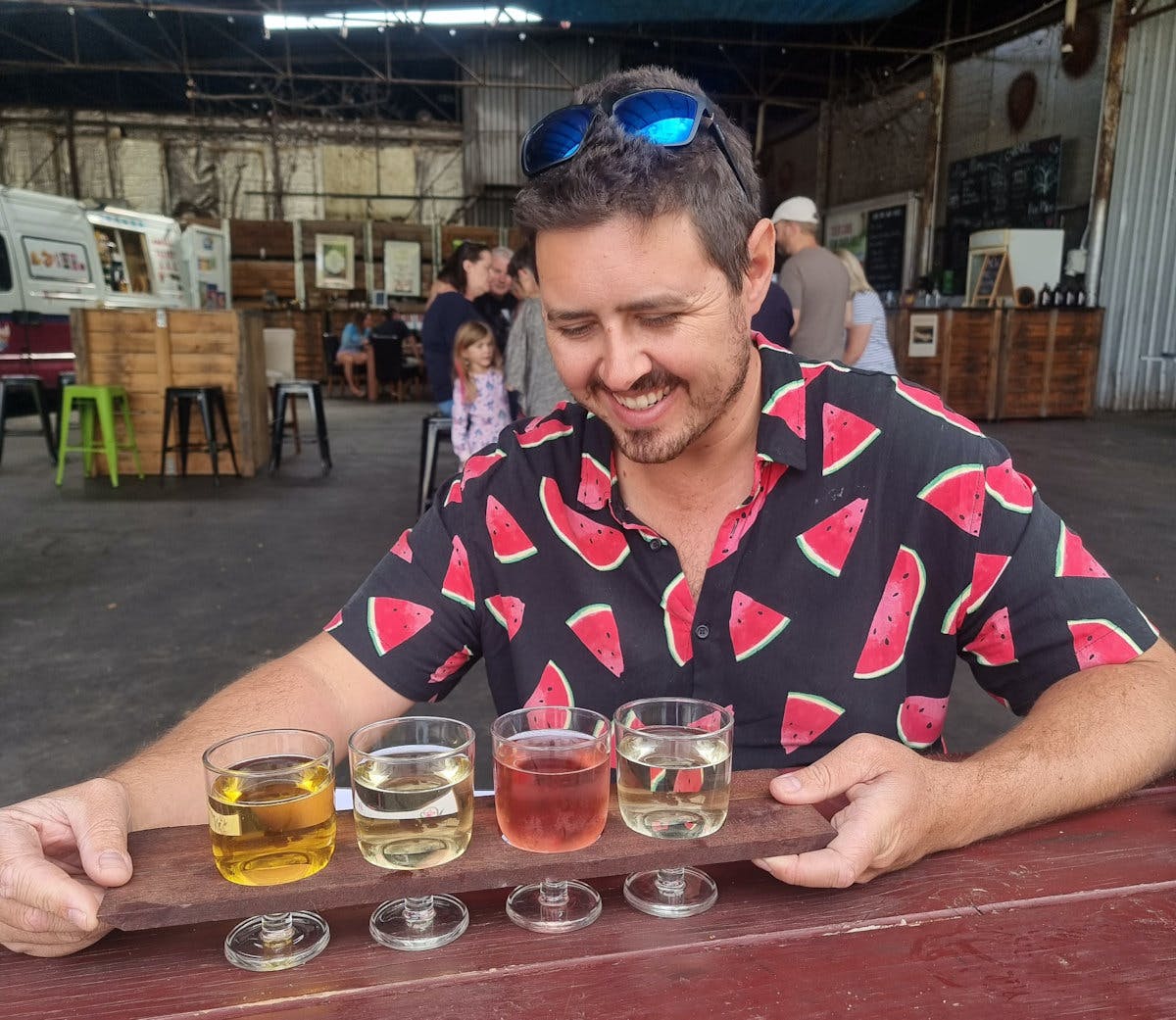 Carmel Cider Co Camp – image Overland Exposure If you like your brews and you love to camp – then this is for you! 5 camps from all over Australia – all located where the beers or cider are made on site. Purple Mango Camping, Cafe & Brewery, Northern Territory You’ll find this licensed cafe close to Kakadu in the Northern Territory. Friday through Monday in the dry season, they cook up a brilliant feed including woodfired pizzas, mango daquiris and beer tasting from their brewery. Facilities include toilets and hot showers and grassy powered and unpowered sites. No pets. Purple Mango 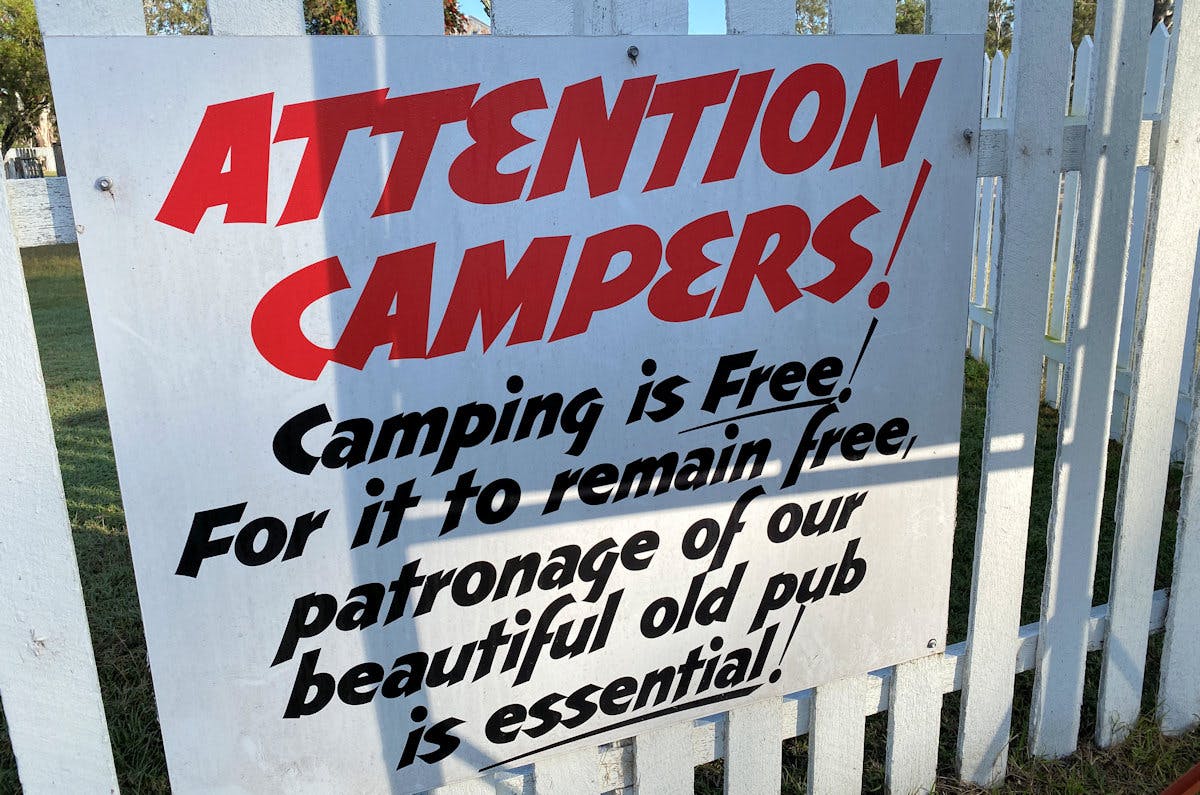 What do you think of this sign? At CAMPS AUSTRALIA WIDE, it is a given for us to support any business where we camp for free. Especially, if we want businesses like this hotel to continue to offer a free campsite. A camper recently told me that pub stays are NOT free stays, because you are compelled to buy a drink or meal for your patch of land. However, I am a bit of a glass-half-full kind of person. I reasoned that night, I was planning to eat out anyway – or socialise at the bar. So the FREE site is 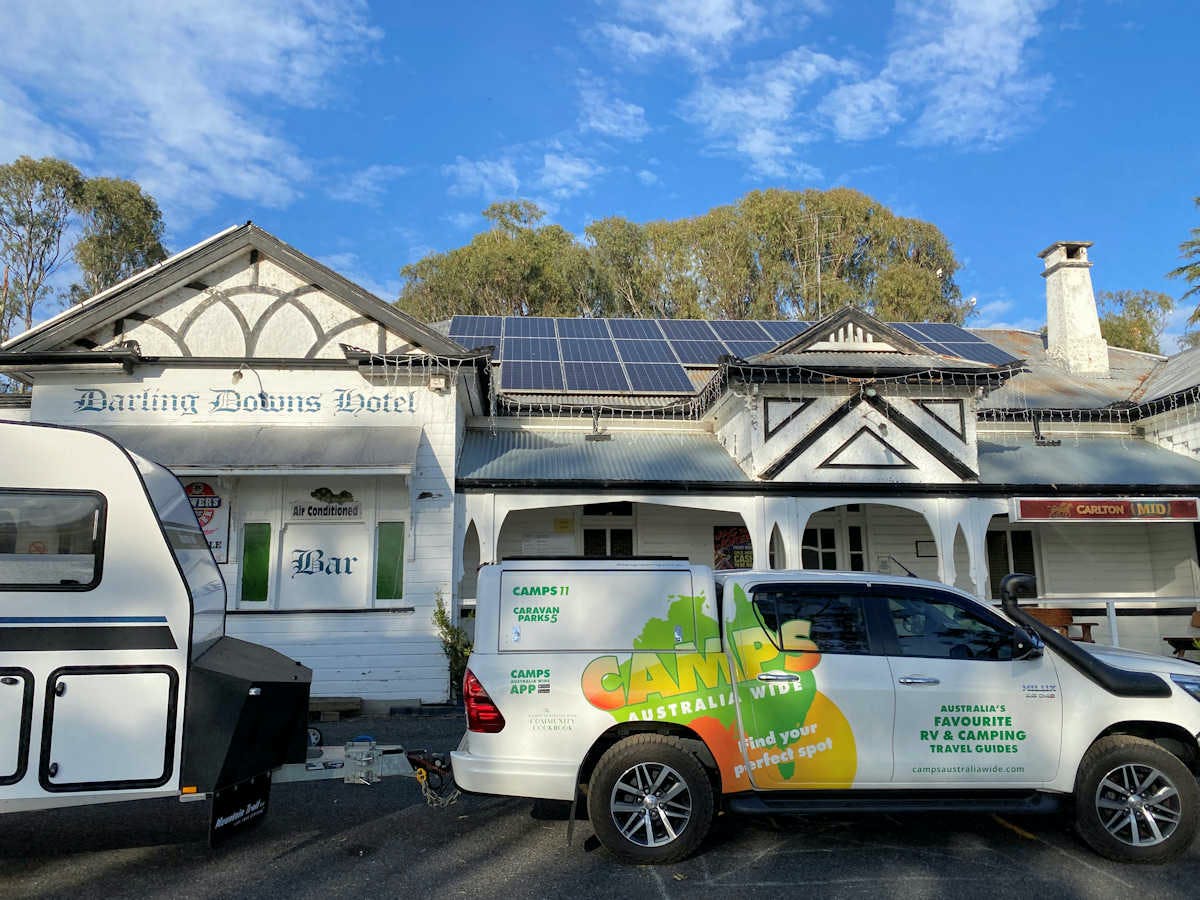 There were still a few campers around, and a couple of vans leaving when we dropped into Sandy Creek Pub, last week. You camp in the grassy paddock next door with some farm animals, and enter via a gate. The pub is not far from the Cunningham Highway, near Warwick in Queensland’s Darling Downs. We loved the sign here about patronising the hotel. The site is for patrons only, with a donation for charity and a fee for a shower. But it is great to find this freedom camp here, because the only other options in Warwick, are caravan parks. 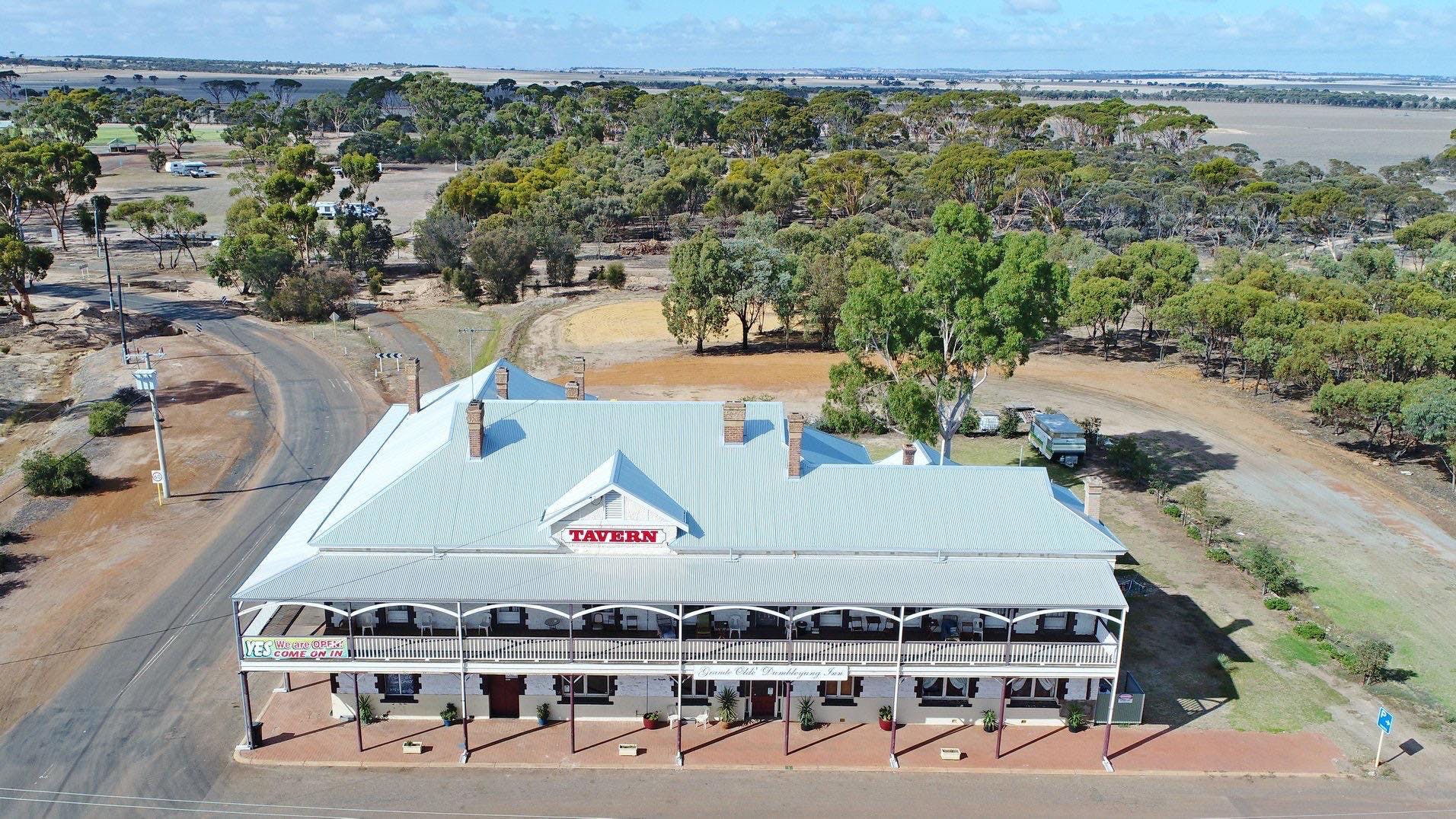 There’s a brand new Pub Stay nestled in the heart of Western Australia’s Wheatbelt at the Grande Olde Dumbleyung Inn.  Its historic rooms will remind you of bygone days with expansive views from wide balconies.  Located around 230 km south West of Perth, the Inn has received approval from the shire for RV (any kind of campers welcome) camping behind the pub.  They offer delicious pub meals, lunch and dinner 7 days a week.  The area is filled with history and is the home of the famous Lake Dumbleyung where Donald Campbell broke the world speed record on New Years 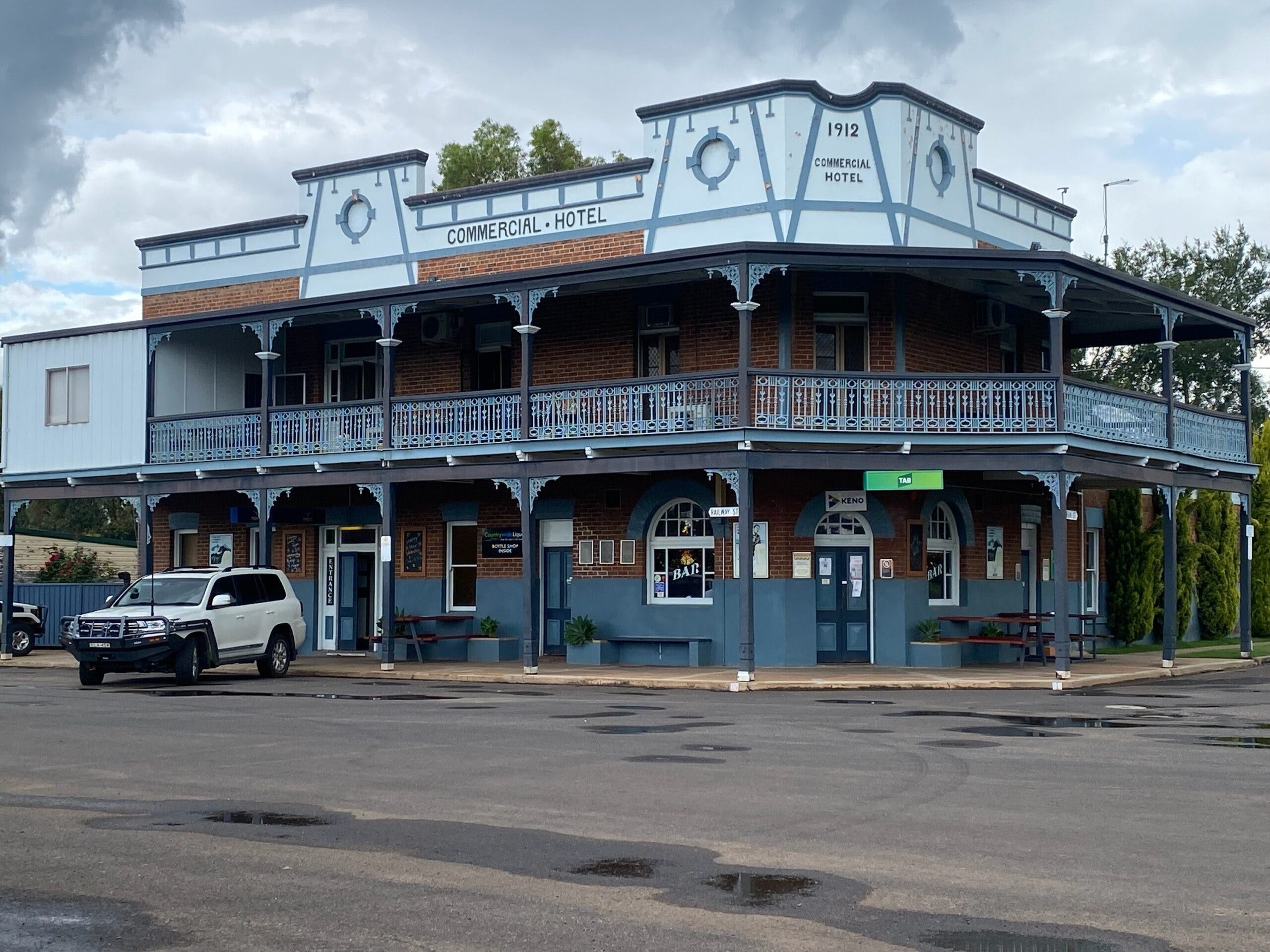 You’ll find our first free Pubstay around 18 kms south of Gunnedah, NSW just off the Kamilaroi Highway.  The historic Curlewis Commercial Hotel is located on the corner of Goran and Railway Streets.  It offers a country welcome, relaxed atmosphere and a large grassed area for free overnight parking for campers including RVs, caravans and  camper trailers to pull up for the night. Grassed area at the Curlewis Hotel Campers tell us there’s hospitality plus at this Pub Stay.  The friendly owners offer 24 hour toilet access, meals seven nights, showers available, lunch Friday through Sunday with weekend raffles and 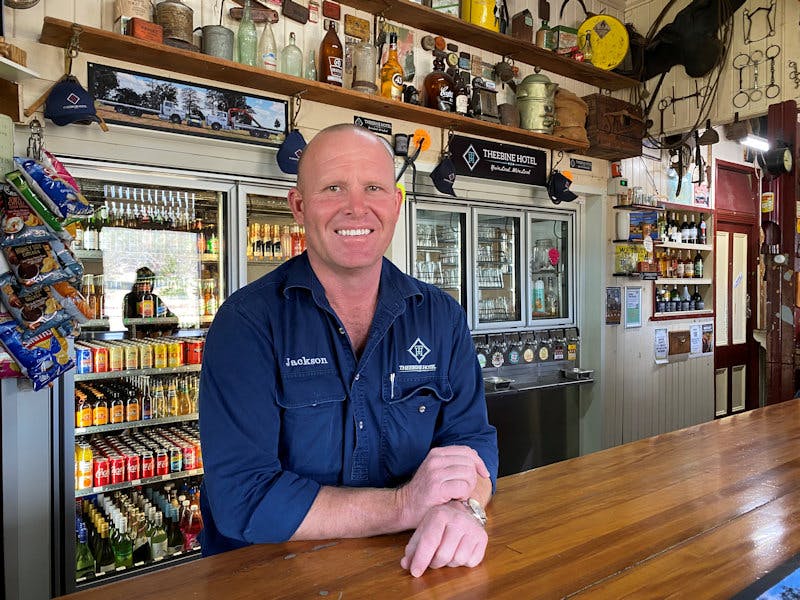 Have fun at Theebine Hotel, Queensland

Theebine Hotel owner, Jackson If you haven’t been to Theebine, then you should! We visited last September, met the publican,  some CAMPS fans (thanks Jeanette and friends) and said hi to the local councillor, Cr Dolly Jensen and had a lovely relaxed lunch! Since then, the Mary River flooded and has caused dreadful damage to the area. So, I’d say, they need your support even more!  Jeanette was a big fan of her CAMPS book Theebine hotel has a new owner, Jackson. He said it has been busy – there’s a free camp area out the back for campers.  They’ve had 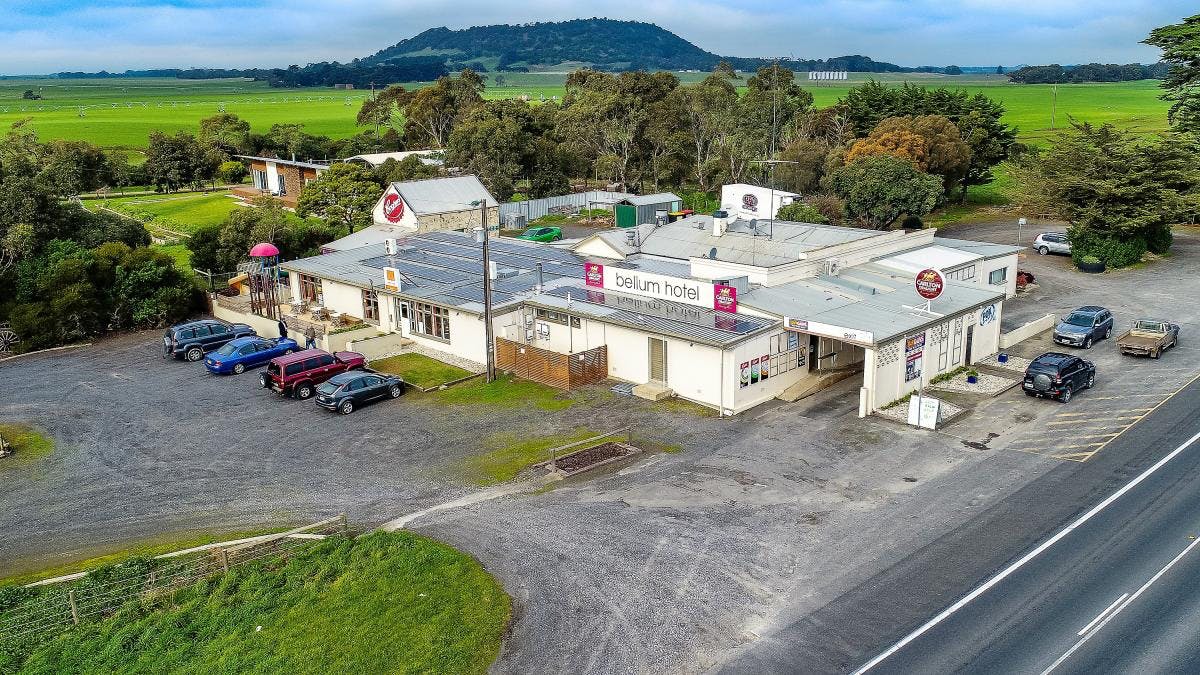 For those travelling the Limestone Coast in South Australia, the Bellum Hotel at Mount Schank in SA is always happy to offer free camping. Located 12 km south of Mount Gambier on the Riddoch Highway (aka Bay Road); halfway between Mount Gambier and Port MacDonnell. The hotel is near the base of the Mount Schank volcanic crater and very close to Little Blue and Kilsby Sinkhole. Pet friendly, free camping is on the grassed area on the southern side of the hotel. They welcome self-contained travellers as there is no power or toilet facilities available when the hotel is closed. 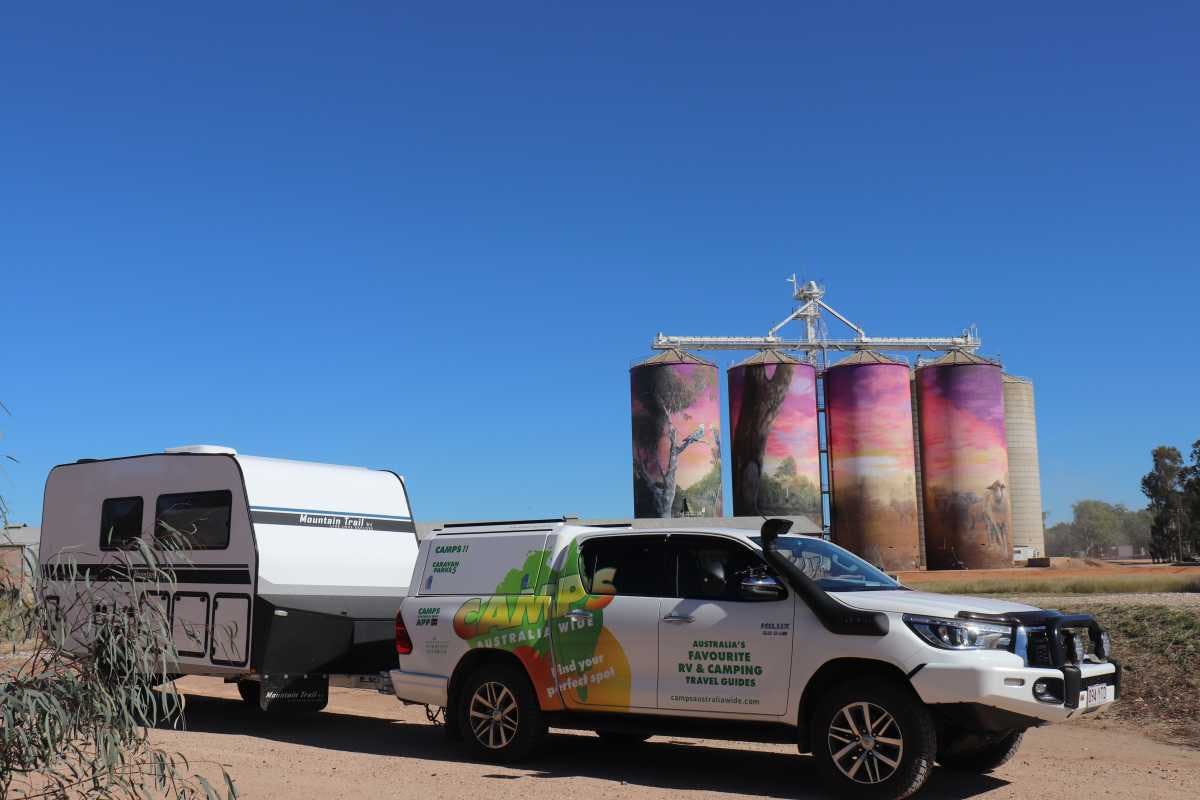 Thallon Silo As we headed outback this winter, instead of forging due west from St George, we took a detour – full of gems! Murray the Cod St George We followed the Balonne River into town, stopping at the Beardmore Dam picnic area for lunch. There are four caravan parks in town – we chose the Pelican’s Rest Caravan Park just east of town on the Cararnvon Highway. St George Caravan Park is opposite the bridge and Major Mitchell Monument. You’ll also find Murray the Cod here. The Riverway really makes the most of the Balonne with walkways and picnic