Early Pleasures of Camping With my Parents -Guest Blogger

Recollections of the pleasures of touring and camping with my parents more than 60 years ago in a 1947 Buick. By John Price QLD

My parents, especially my father, loved to get out in the country: walking, camping, shooting. But mostly just breathing the fresh country air and enjoying nature. When first married in 1937 they had an Eagle motor-cycle with a rather primitive side-car. Really it was just an elongated box that my father made and fitted with a side wheel. Suspension was activated by bringing your own cushion. 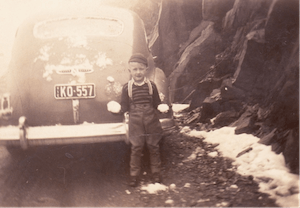 At the back of our grey Buick on one of our camping trips getting my first experience of snow.

He would bundle my mother into it along with a few supplies and a 22 rifle. Off they would go into the hills around Melbourne such as the Dandenongs, the Otways and the Macedon Ranges. Sometimes further afield to the Victorian Alps.

Rolled up on the back seat, with sheets and blankets inside, was a full-size foam mattress held by an old leather strap. (The one that I was threatened with from time to time but was, as far as I remember, only administered once. When I threw a rock into the air and called bombs away. Unfortunately it landed on Lester Watt’s head. But that is another story.)

With the front seat folded back, the mattress could be unrolled to form a comfortable bed. Mum made curtains we pulled around to cover the windows: they were blue with red flowers as I recall. Dad made fly-wire inserts for the windows to get fresh air and keep out the mozzies. He was very big on fresh air. On the driver’s side the mattress was squeezed under the steering wheel. That was the side I slept with my mother in the middle and my father on the far side.

Things were a lot simpler back then with fewer fences – and regulations. We would just pull up at the side of a deserted road or in a paddock. Dad had us all organised so that within ten minutes we could have everything set up for the night. If it was raining we could even do it without stepping outside of the car.

In 1951 my parents planned a longer trip: four weeks through NSW into Queensland and back. Mum visited the school and asked if I could be away for this long. The teacher said it would be fine, probably because there would be one less in her class of 55 to manage.

I recall we had a 44 gallon drum of petrol in the boot because my father was worried that we would be on some little-used back roads. But it wasn’t all outback. We visited Sydney with the express purpose of seeing the Sydney Harbour Bridge (or Australia’s “biggest coat hanger” as my father liked to call it) and the Toranga Park Zoo.

When we arrived in Sydney around 5.00pm the rain started bucketing down. Cars back then often had wipers which were powered by the vacuum in the engine intake manifold. This meant that when you accelerated the wipers slowed dramatically and could even stop. My father never swore but he was close to it this time. All we had was a sketchy tourist map to negotiate what to Melburnians seemed like roads designed by a master maze builder: narrow, tortuous and chaotic, all the time peering through driving rain with the dodgy windscreen wipers while my mother did her best to interpret the map.

In the end we just gave up and pulled up beside a park. In minutes we had converted the inside of the car to our bedroom in our usual practised way.

The morning brought two surprises: the sun was shining and we were right opposite the entrance to the Zoo. Breakfast was quickly cooked on our little camp stove and immediately after we were first in line to buy our entry tickets. 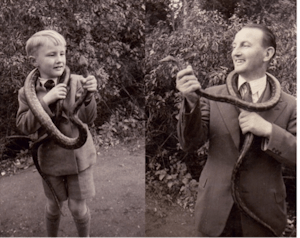 My farther and i with pythons around our necks at the Lone Pine Koala Park. Even though we were camping, my mother still packed suits and ties for special occasions. Obviously have a picture taken with a python was one of these.

But my happiest memories of the trip were waking early in the morning and setting off on walks with my father. Sometimes he would have his 22 with him. Other times we would go around the rabbit traps he had set the night before. Both activities illegal now.

Then back to the car where we would light a fire to cook breakfast. My main role was gathering wood. But really it was an excuse to poke sticks into those fires and see how much smoke I could get by burning bunches of green Eucalyptus leaves. Also to test the theory that no matter what side of the fire you stood on, the smoke would follow you there. When it came to the toast I could never resist trying to cook it in the flames rather than waiting for the fire to settle to hot coals.

Once into Queensland my parents continually remarked to each other how warm it was. (We had just left a Melbourne winter.) In Melbourne, if it rained in winter it was cold. So you put on warmer clothes and kept as dry as possible. Here it seemed everyone wore a pair of shorts and simply donned a plastic rain coat when it rained. To us parochial Southerners, it seemed like a different country.

The highlight of Queensland part of the trip was a visit to the Lone Pine Koala Park. I was asked did I want my photo taken holding a koala or a python. Unhesitatingly, to the nervousness of my parents, I chose the python. (See the photo where it looks like the snake has made me cross-eyed with its look and knock-kneed by its weight.) My father volunteered to be next.

It is not so easy these days to do this simple sort of camping/touring. Although even now from time to time I head into a forest or a deserted beach with just a sleeping bag and a sheet of plastic to put under me. Or over me if it rains.

But none of it quite matches those early years camping in that big grey Buick. 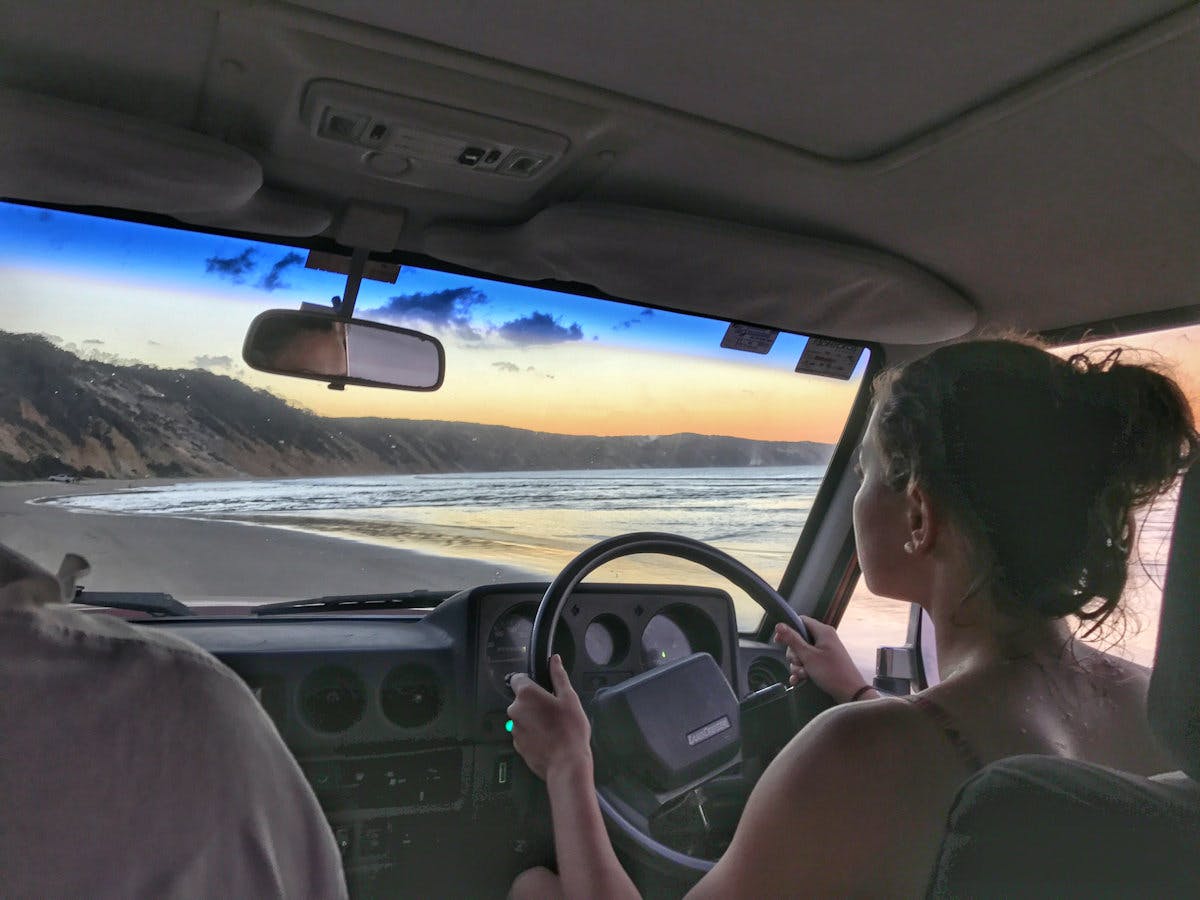 Camp at the BEST beaches for the last month of summer! 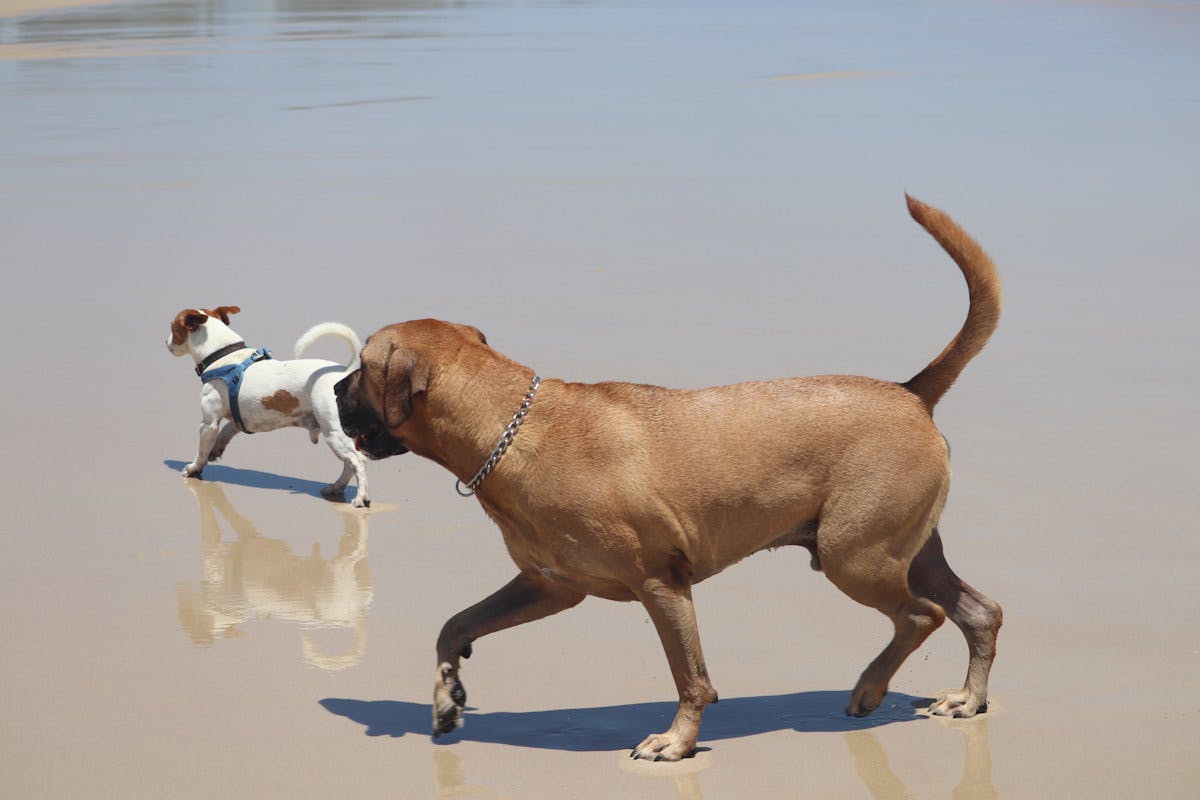 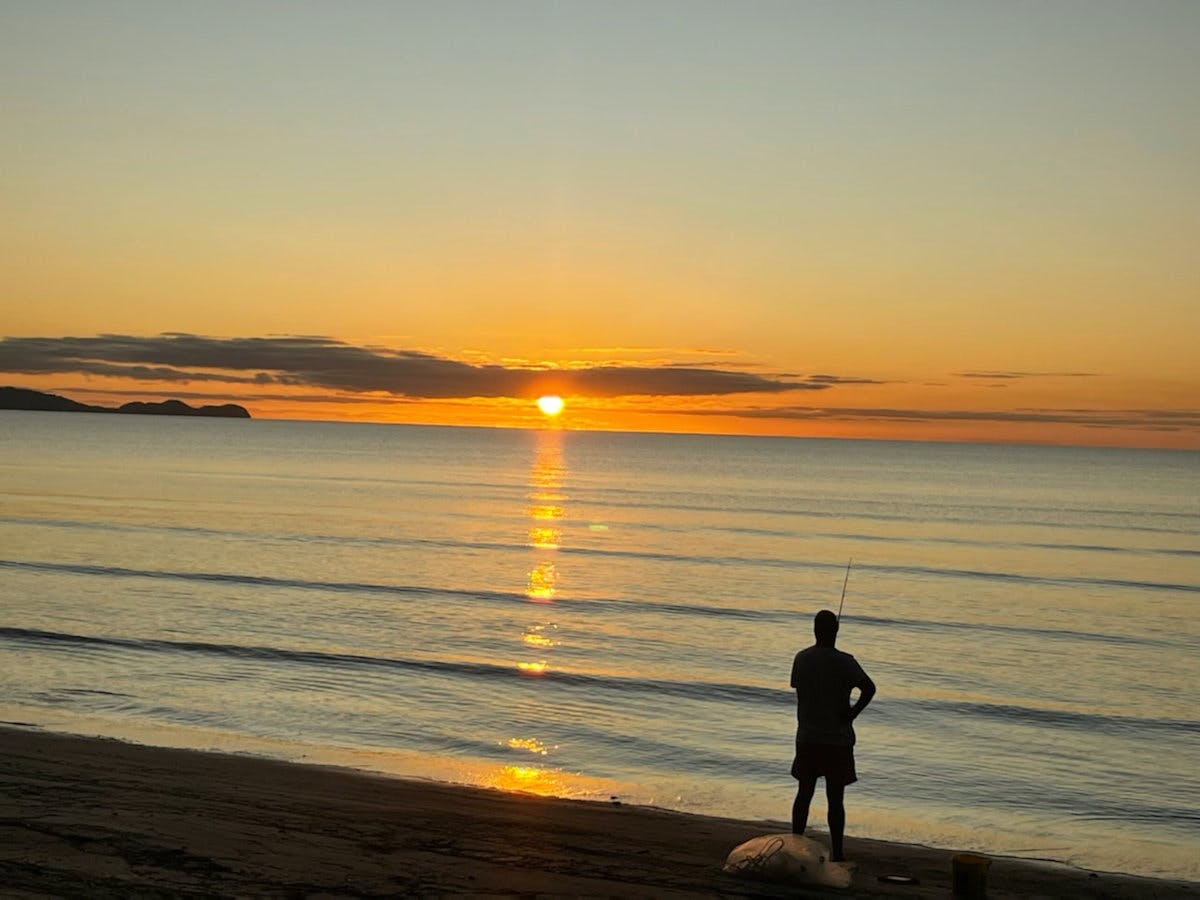 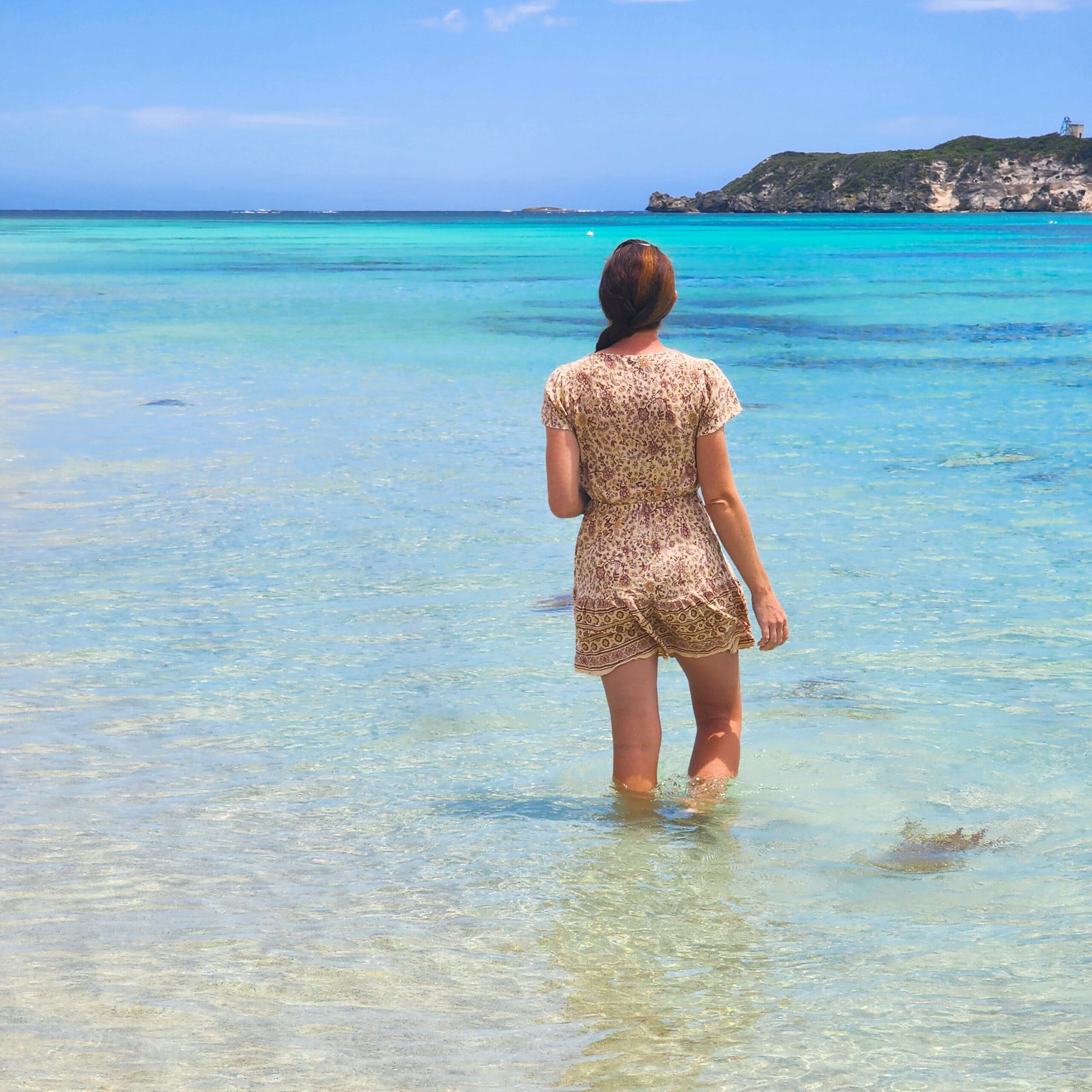