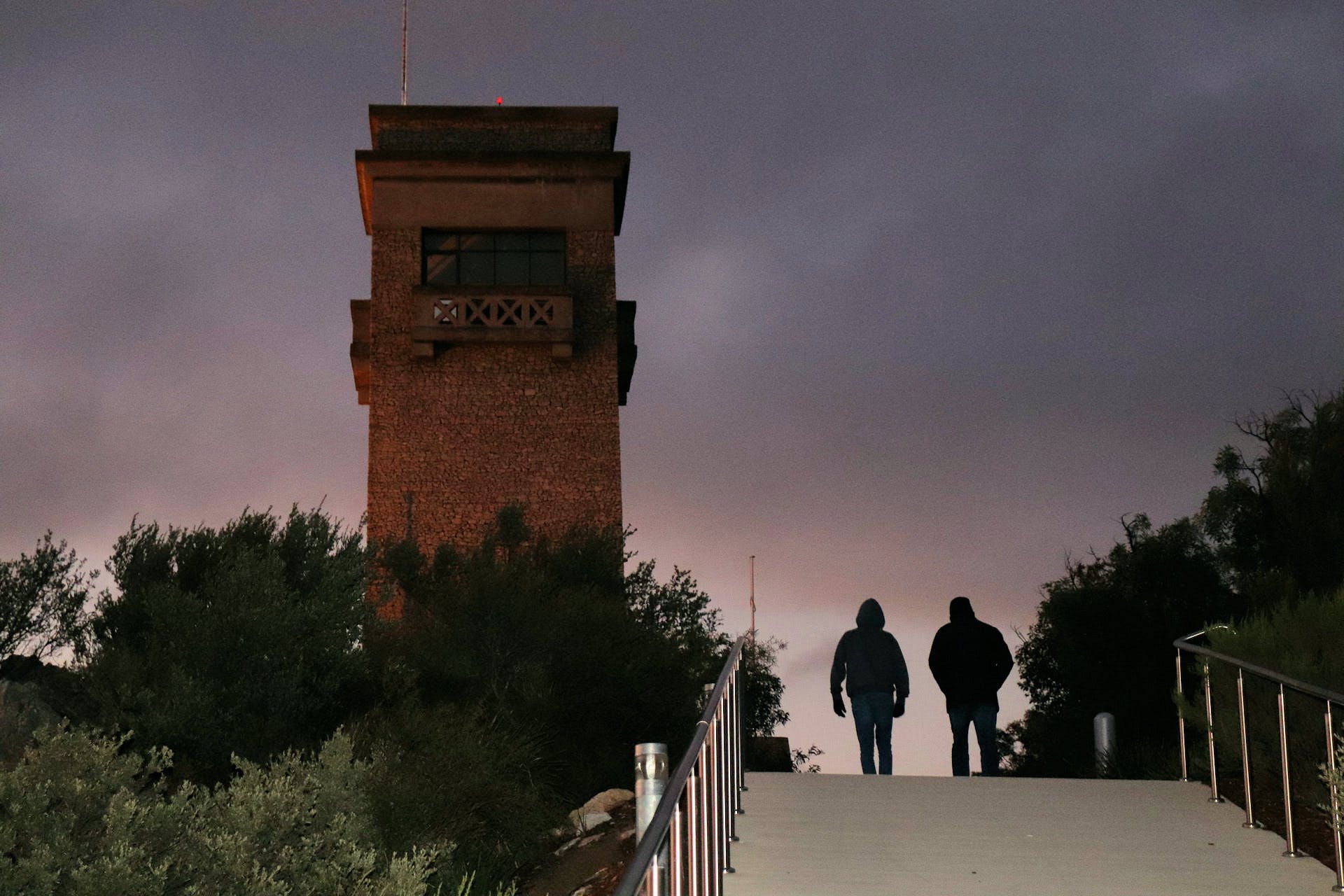 It was on dusk when wearied in Goulburn, checked in and thought we’d take a drive before dinner.  The Rocky Hill War Memorial was imposing, even on dusk – and the bonus was a sea of city lights!  Made of stone conglomerate and concrete, the foundation stone was laid on ANZAC Day, 1924. Mostly funded by the public, the tower cost £5,500 to build and opened in 1925. The land was donated by Mr W J Bartlett in 1922 for a soldier’s memorial. However planning for the memorial itself and what form it would take started in 1918.  The 1923